I am presently sitting on a bench in front of Madam Marie’s small shop on the Asbury Park boardwalk from which she has for years dispensed Tarot readings, fortunes and advice. It is a Sunday afternoon. The place is closed; I guess she is taking the day off. Bruce Springsteen, who got his start in this “city by the sea,” turned 60 years old this past week! Who would have thought it possible? And the guy keeps rocking! So I guess there is hope for all of us who are quickly approaching that benchmark in our own lives. 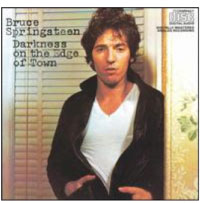 I discovered Springsteen in the summer of 1978, when I was working in a record store in College Park, Maryland; a second job while I was teaching and completing my doctoral program at the University of Maryland. Darkness on the Edge of Town, his fourth album, had just been released and each afternoon, after punching the time-clock, I slid the black vinyl disk (remember them?) out of its cardboard sleeve, put it on the turntable behind the cash register, and set the needle down on the last track on the A side – “Racing in the Streets.” This song in particular, but the entire album really, captured my imagination. Who was this thin, scruffy rocker from the Jersey Shore, and why did his music and lyrics resonate with a guy who had grown up in the white bread suburbs of Chicago? But then again, in the late 60s and early 70s, my generation, even those of us who had led relatively sheltered lives, had begun to question that which we always assumed to be true. What was this so-called “American dream,” and why was it out of reach to a growing number of Americans? I recognized these very same questions in many of Springsteen’s lyrics and I began to look to his songs for the answers I had not yet discovered for myself. 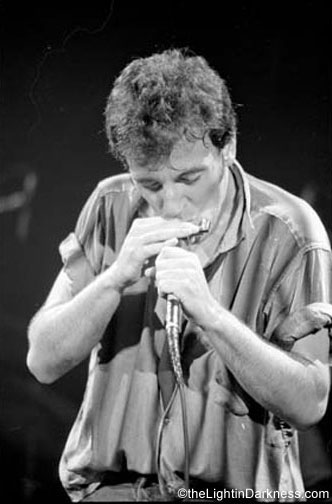 Although Bruce Springsteen and the E Street Band had already been on the music scene for a few years, it was Darkness on the Edge of Town that caught my ear . . . my attention . . . my imagination. It would be years before I would more fully appreciate his earlier songs. Darkness on the Edge of Town eclipsed all that went before. Not even Born to Run, recorded three years earlier, had resonated with me as it had others who saw Springsteen as “the new Dylan,” the new poet of blue collar America. But now I listened to his music and his lyrics . . . stories about real people . . . people I might have met somewhere along the way. Springsteen and the band were searching for a way out . . . a last chance power drive to find the promised land. I was not quite there yet, I guess, but Darkness on the Edge of Town changed all of that. “Occasionally a record appears that changes fundamentally the way we hear rock and roll, the way it’s recorded, the way it’s played,” wrote Dave Marsh in a review of the album appearing in a July 1978 issue of Rolling Stone. “One ought to be wary of making such claims, but in this case, they’re justified at every level.” Marsh hit the nail squarely on the head. This record was nothing less than a commentary on the veracity of the American dream. It clicked with me . . . finally!
Now, over thirty years later, I have spent this weekend on the Jersey Shore where I have been participating in a symposium co-sponsored by Virginia Tech and Penn State at which over 200 educators, journalists, historians, musicians and musicologists from more than thirty states and nine foreign countries have assembled to celebrate Springsteen’s life and music on the occasion of his having reached geezerdom. This is a follow-up to the original symposium held back in September 2005. Having spoken on the subject of Woody Guthrie and John Steinbeck and their influences on Springsteen’s social conscience, this time around I was invited to participate in a panel where I spoke to the influences of Jack Kerouac on Springsteen as a narrative poet while also chairing another session exploring Springsteen’s sense of place; a fascinating topic given the fact that we were meeting at the epicenter of his life and music. 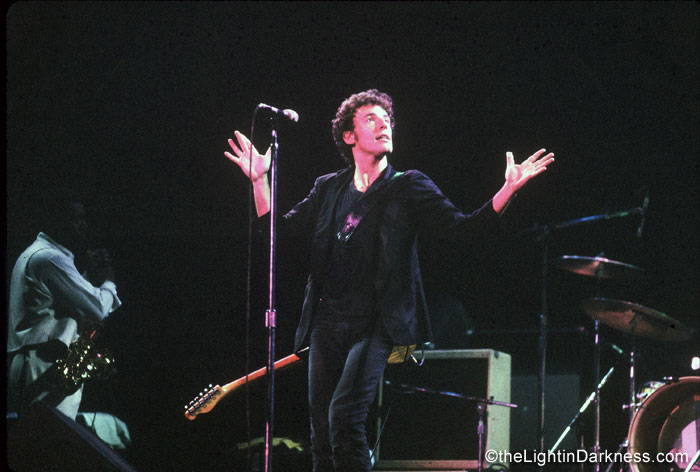 It was not all academic exchange, however. There was a tribute to Danny Federici, the former E Street Band organist, led by Bob Santelli of the Grammy Museum and featuring Vini Lopez, Springsteen’s original drummer, and Tinker West, a former Springsteen manager and sound engineer. And how could there be any celebration of, or tribute to Springsteen, without music? Lots of music, played where he emerged as a dominant voice of the Jersey Shore Sound . . . an interesting synthesis of early rock & roll and rhythm and blues with not a little doo wop thrown in for good measure. Although the Boss did not materialize in our midst – he was up the road in New York City talking with Elvis Costello at the Apollo Theater and preparing for a series of stadium dates at the Meadowlands – several musicians who have played with Springsteen over the years were there: Joe Grushecky and the House Rockers out of Pittsburgh; Lisa Lowell, who sings with the Seeger Sessions Band; Joe d’Urso and Joe Rapolla, who co-host the “Songwriters by the Sea” series, Jen Chapin (the late Harry Chapin’s daughter) with her bassist husband Stefan Crump, and Scott Kempner of Del-Lords and Dictators fame, all of whom covered some of Springsteen’s songs. There were thoughtful and meditative acoustic performances, including one featuring Grushecky, who discussed his collaboration with Springsteen over the years while premiering an acoustic version of “Code of Silence,” as well as loud, hell-bent rock and blues performed by Grushecky, Gary “U.S.” Bonds, gasoline rocker Willie Nile, and others at the Stone Pony, that seminal Jersey Shore club just a couple of blocks south of where I am sitting here on the boardwalk and where Springsteen played early in his career and where he still shows up from time to time to jam with his friends. We were also treated to an evening reception at a gallery here on the Asbury Park boardwalk featuring a photo exhibit by Danny Clinch, Springsteen’s photographer. Later that evening Danny showed up at The Stone Pony where Joe Grushecky coaxed him to the stage to belt out a couple of tunes on the harmonica with the Houserockers. 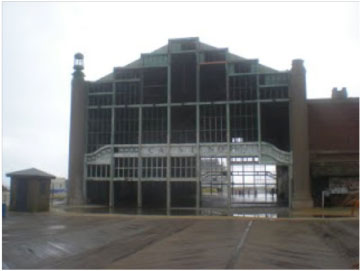 Asbury Park has changed a great deal since I first came here 45 years ago. It was the summer of the New York World’s Fair on Flushing Meadow and my family and I spent a couple of days at the shore before heading home to Wisconsin. Back then it was a thriving beach resort with its boardwalk anchored on either end by the Convention Center and the Casino and its brightly lit amusement rides, concession stands and arcades. All this changed on July 4, 1970 when racial tensions culminated in riots that left much of the area destroyed or abandoned, and to this day it has not regained its glory days of the past. The Convention Center has managed to rise from the ashes, the linchpin for efforts to revitalized the area. The Casino, or what is left of it, remains a skeletal reminder that there is still much work to do.

This weekend I have wandered around the places and among the people Springsteen has been writing and singing about since his earliest recordings; the Jersey Shore is very much his native ground. A few miles up the shore from Asbury Park is Long Branch. In 1974, when Springsteen was on the cusp of success, he left his hometown of Freehold, west of here, and settled into a small cottage at 7½ West End Court, just a short walk from the beach. Here, from May 1974 until late 1975, Springsteen lived and wrote the eight songs that would be his breakout album, Born to Run. I was able to find the place and counted myself lucky. Back in July, Bob Dylan, who was also looking for the Springsteen cottage, was stopped by two very young Long Branch police officers and briefly detained because he could not provide any identification. When success finally came, Springsteen was able to move out of this tiny cottage and it would have been easy to never look back. Yet regardless of the fame and fortune attendant his career over the past four decades, Springsteen has never lost sight of his roots and the family, friends and places who made him what he is today. In his song “Youngstown,” he chides those who have grown “rich enough to forget my name.” Springsteen has never forgotten his native ground and the people who inhabit it. Walk around Asbury Park. You will hear his songs everywhere you look.