Darkness Era Sound Checks Lasted 2 and a half Hours!

I am looking forward to receiving The Light In The Darkness as a birthday present in a few days. I was just browsing the ‘net and came across a link that led me to your book and what a great subject… the “78 Darkness On The Edge Of Town” tour. I’m a musician and I’d just returned from Europe and I heard “Prove It All Night” on the radio and it knocked me out! Bruce was coming to Memphis in a couple of weeks so I made sure to see him and see what it was all about. I was able to sneak into the sound check, which lasted 2 and a half hours! As the band played Bruce and his sound man, Bruce Jackson, walked the entire Ellis Auditorium (June 1978) to make sure the sound was satisfactory. That’s how much he cared; he looked rather casual in green army fatigues and a t-shirt. He was approachable then and after the sound check I spoke with his sound man and he said, “so you’ve never seen Bruce before? Well, you’re in for a treat.” (with a wry smile) What an understatement! 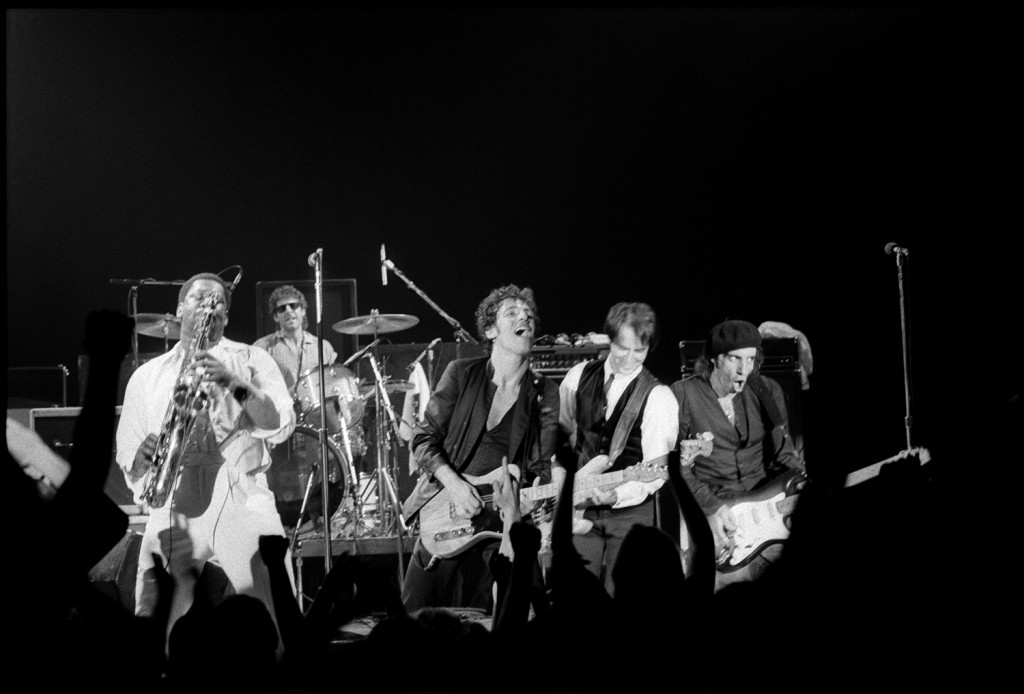 I remember him doing “Drive All Night” (which hadn’t been released yet) and the soul touching, gut wrenching way he delivered that song. I realized at that moment… That’s how it’s done. When you sing it…you mean it! from the soul. He showed right then it’s all right…put that heart out there…someone will hear you. I’ve gotten bootlegs from that time period Summer of ’78 Cleveland, L.A. Roxy and others just to relive what changed my life that night.
I know your book will do it all over again. It’s a special club that love Bruce but, seeing THAT tour creates a special bond with others who did. Bruce wasn’t too big to be touched. Not the icon I knew he’d become. It was pure and not tainted by ‘Superstardom” never to be the same again.
One more thing…I got to meet Bruce that night at a “Meet and Greet” with college radio folks etc. So after a 3 and 1/2 hour performance there he was, still working. He signed an autograph to me. I asked in my best Bruce “voice” “make it to ‘Spanish Johnny’ he just smiled and did it. What a guy!
I’ll be 57 on this b’day and to this day no concert other than the Who in 1970 (same venue!) has moved me so. After the Who show I couldn’t articulate what I’d seen and the way it stirred my soul but the next time I felt “That feeling”… was Bruce 1978 I knew exactly what it was…”The majesty, the ministry and the incredible healing power of Rock-n-Roll”
Lawrence, I know this is a long rambling letter but I thought a book of photos and people’s thoughts of that magic time was too cool so thank you for creating a monument to a special moment in time and R+R history…
“I’m Just A Prisoner, Of Rock n Roll!”

Help Fight Cancer and Win Bruce Springsteen Book For You
In support of the Marathon of Hope – The Terry Fox Run, September 16, Lawrence Kirsch, publisher of “For You, Original Stories and Photographs by Bruce Springsteen’s Legendary Fans” and “The Light in Darkness,” is holding a raffle with a chance to win a brand new signed copy of “For You,” which has been sold out since December 2008.
Click Here to Enter: For You
Raffle- September 10-23,2012