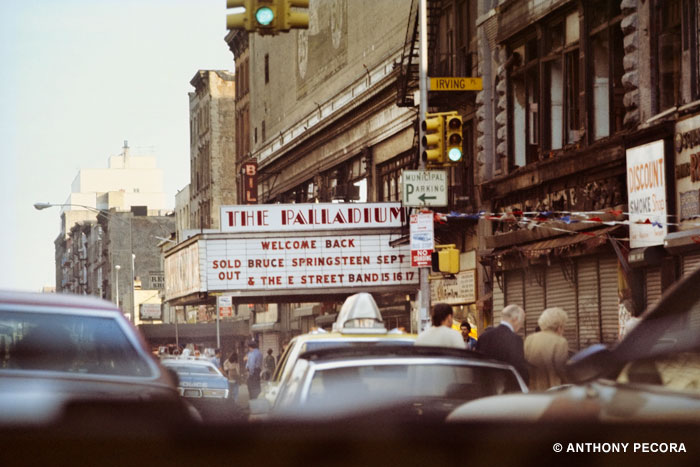 Your admission to this story is a ticket to a time machine. If you’re a latter-day Bruce Springsteen fan who became an aficionado of the man’s music and live shows in the decades following the ‘Darkness’ tour and you think you have an idea of what one of his live shows is like, sit back: you’re about to discover the exciting truth. If you were there in ’78, you are about to be transported back to a brief moment in time.The ‘Darkness on the Edge of Town’ Tour: “History is Made at Night”… That was then. This is now.

OPENING ACT – Getting in the Door.

We all know the progression of ticket acquisition. Some of us remember Ticketron, sleeping out on the sidewalk the night before an on sale date, box office lines, then the advent of jammed phone lines, onsite venue scalper transactions, and, ultimately, internet sales. In 1978, you found out about a Springsteen appearance through your local FM radio station. You had no idea where the tour was the week before, or the week after your show. Tickets for the August 1978 shows at Madison Square Garden were made available via lottery by clipping a coupon in an ad that appeared in the New York Times Arts and Leisure section in late June. The coupon was mailed and you crossed your fingers that you would win the jackpot. Three weeks later two tickets arrived in the 8th row, Clarence’s side of the stage, for night two of the three show stand. Yes, things were different back then. 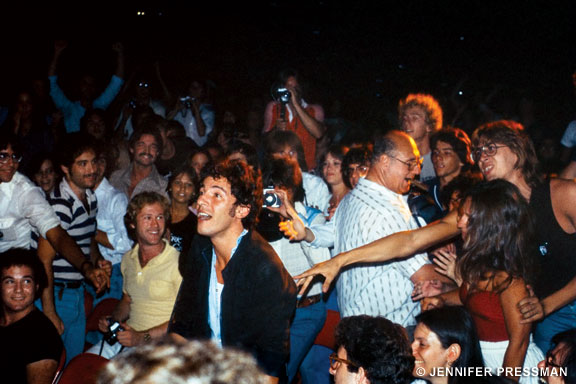 THE FANS – Same cast, different demographic.A stateside Springsteen show these days probably has a median age of about 38, with half the audience above, and half below that age. In 1978, the median age was about half that. Looking around a Springsteen concert in 1978, you saw an audience of people ranging from about 16, to about 28 years of age. There were the “veterans”, and by “veterans”, you’re talking about people who went back as far as the Upstage Club, and instant converts, in many cases people who had been dragged to the show by someone who had already seen the light. The conversation in that era used to go something like this: “Do you like Bruce Springsteen?” “No, not really.” “Have you ever seen him live?” Nowadays you’ll hear someone at a show wax poetic about the ‘River’ tour, and it’s a true oracle moment for a younger fan. I’ll never forget a conversation I heard during intermission at the Garden in ’78. It was between two guys who were comparing notes from the Upstage Club and the Student Prince in Asbury Park, back when Springsteen was essentially a guitar slinger sitting in with jam bands. To put it in perspective, ten summers ago we were all at the Meadowlands for the reunion tour shows. “Ten summers ago” in 1978 put you on the Jersey shore in 1968 in the era of the Bruce Springsteen Band, Dr. Zoom and the Sonic Boom, and Steel Mill.

THE FIRST SET – Just waitin’ to get blown away.

The best way to describe what you felt when the band walked out onto the boards and ripped into the opening number (whether it was ‘Good Rockin’ Tonight’, ‘Summertime Blues’, ‘High School Confidential’, or ‘Badlands’) is to harken back to the old Maxell tape ads, where the guy puts a Maxell tape into his stereo and the sound that comes out of the speakers blows his hair and his scarf back, and sends his drink skidding across the table through the sheer force and power of its volume and energy. Much has been written and said over the years about the sense of desperation and emotion driving Springsteen on that tour – it’s all true, and then some. Trying to explain it can sometimes seem as daunting a prospect as the challenge put forth by John Sebastian in the Lovin’ Spoonful’s “Do You Believe in Magic?” in that “It’s like trying to tell a stranger about rock and roll.” Bruce and the E Street Band, compared to now, played fast. And they played loud. Not “The Who loud”, but loud enough to trash your ears for a day after the show, regardless of your rock show-going experience. The opening set was heavy on ‘Darkness’ album material, and the songs were augmented, enhanced, and accessorized in a way that doesn’t happen these days. The organ/piano intro to the title track, the extended harmonica/piano intro to ‘Promised Land’, the now-legendary piano/guitar intro to ‘Prove It All Night’, the extended piano coda to ‘Racing in the Street’, the ‘Not Fade Away’/’Mona’/’Gloria’ lead-in to ‘She’s the One’, along with the instrumental break in the middle of it – these flourishes made the songs even more special, and these types of reworkings are not seen much anymore. By the time ‘Jungleland’ closed the first set, some first-timers in the crowd thought the show was over, such was the quality and quantity of what was delivered in the opening set. 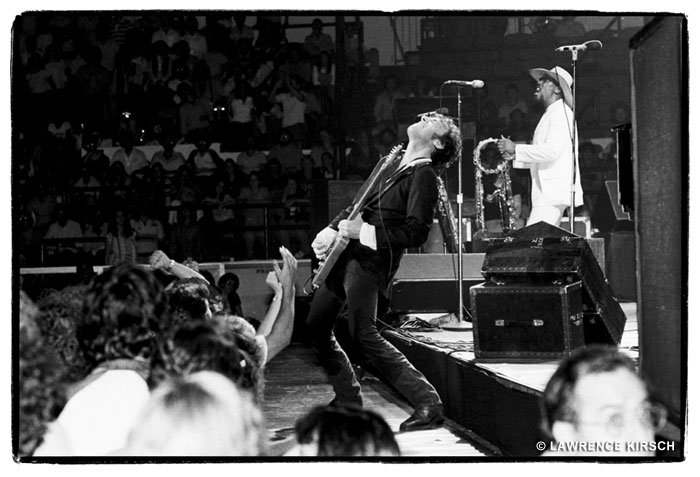 THE SECOND SET – Are you ready for round two?About ten songs long, the second set usually included “story time” in the midst of ‘Growin’ Up’, where we would learn that Springsteen was once a teenage werewolf, had contact with aliens, and as the product of a Catholic school upbringing, got to meet God himself in choosing a vocation, where he was told to “Let it Rock!” by the Big Skipper on a Clarence-organized trip to heaven. Second sets often opened with the unreleased instrumental gem ‘Paradise by the C’, and, later in the tour, with another as-yet unreleased song, ‘The Ties that Bind’. This, in and of itself, is illustrative, that Springsteen would play songs with which the audience was unfamiliar, including Springsteen-penned songs like ‘Fire’ and ‘Because the Night’, which became show staples and highlights even though they were associated with other artists. By the time ‘Rosalita’ closed the second set, and you’d screamed yourself hoarse during the band intros, you were wondering if you had anything left for the encores. 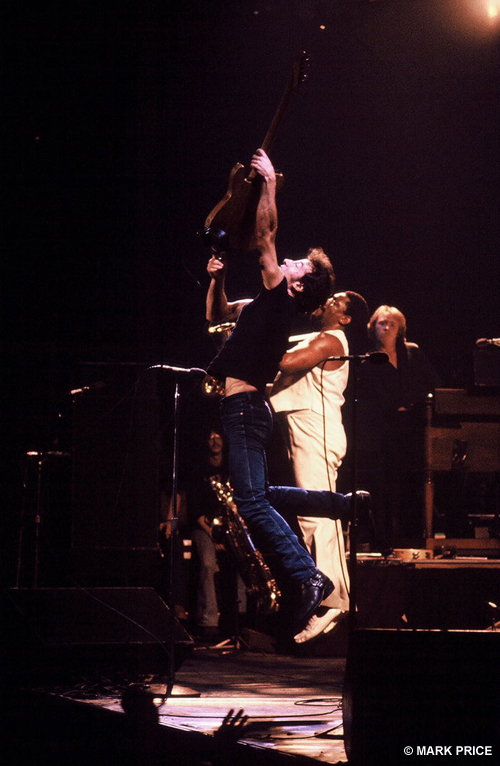 THE RIDE HOME – Can you believe that leap he made from the speakers?

Limited Edition Bruce Springsteen book, The Light in Darkness.
IF you have ever considered buying this book, Now is the time.
The book focuses on Darkness on the Edge of Town, Springsteen’s iconic 4th album
and 1978 concert tour. Read about the live concerts from fans who were there:
– the Agora, Winterland, Roxy, MSG, Capitol Theatre, Boston Music Hall, The Spectrum
and over seventy more, this book is a must have.
With less than 30 copies left, now is the time to order this collectible book.
We are offering savings on Shipping anywhere in the world.
Save Now- Order Here: The Light in Darkness