Fans Praise Springsteen Book For You

When I read on this board (Backstreets BTX) a few months ago that there was even a remote chance that there would be a reprint of Lawrence Kirsch’s For You (Original Stories and Photographs by Bruce Springsteen’s Legendary Fans), I was ecstatic. I bought the book years ago, but it’s been out of print since 2009 and I felt that many Bruce fans missed out on a rare, high quality, beautifully put together book from a FAN’s perspective. My thought was, let’s get more copies of this book out there, because there will be an audience for the reprint, but I know this is easier said than done.

Fortunately for Bruce fans, Lawrence Kirsch took a grassroots approach, conducting a survey to gauge the interest in a reprint, and decided that he could go ahead with the project. The endgame is that For You is available again, albeit in limited quantities, and this is a terrific opportunity to jump on the bandwagon and pick up a copy before it’s sold out (again).

For You is a coffee table book in name only. It’s not meant to be ornamental or simply look good like a trophy. You dive into this 200-plus page book because the stories and anecdotes are written by fans with passion and an obvious love for what Bruce’s music and life have meant to them over the years. And the pictures, many of them rare, are phenomenal. You want to linger on each page because it’s so good, but at the same time you can’t wait to see what’s on the next page.

I’ve known Lawrence Kirsch for decades. He’s an extraordinary professional photographer who has a lot of credits in the world of rock and roll, but, at heart, he’s a fan first. For You is a collaborative effort and, in my opinion, would be a cherished addition to your Bruce collection.
touchdownjesus (BTX)

Got mine today in Australia.
So happy. Thanks so much for doing this reprint.
twc.chung (BTX)

Received my copy in the UK today. Beautiful book. Thank you very much.
TelecasterMaster (BTX)

I forgot I ordered this months ago. Santa brought me an early gift and when I opened the package I was completely shocked.
Great, great, great book!
Tammy Collier

For You turned up in the last hour, me of little faith, just had a quick look through, photos are amazing.  Looking forward to reading the stories in my own time over the holiday period. If they are anything like the stories in The Light in Darkness then I am in for a good read. Unbeknown to me I am actually in one of the photos! page 184 top picture at Albert Hall, that is me in the white t shirt at the back and it is my hand that Bruce is about to shake. Even before reading the book I would recommend the book and the purchase has been more than worthwhile. Thanks very much Lawrence for the speedy delivery of the book.
Martin Leicester (GreasyLake)

“For You: Original Stories and Photographs by Bruce Springsteen’s Legendary Fans” edited by Lawrence Kirsch (Lawrence Kirsch Communications): Keep your Deadheads; Springsteen’s fans are among the most loyal and exuberant in rock — and they can remember what happened, often in great detail. This 208 page love letter is packed with hundreds of remembrances from around the world (and not always in English) as well as candid crowd photography that helps set it apart from the many other Bruce books out there.
Gary Graff,  the Oakland Press 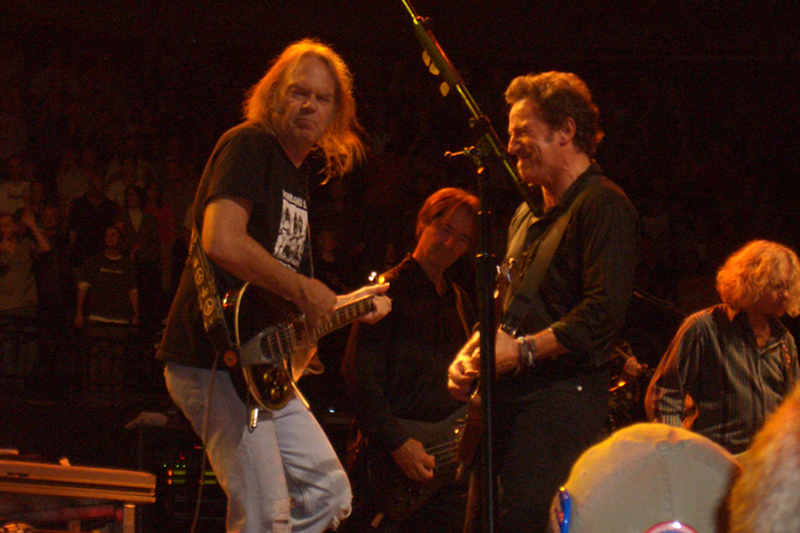 …since I was contributor to the original and witnessed people’s reaction when they saw it, I’m posting about my longtime friend Lawrence Kirsch’s re-release of his legendary “For You Bruce” coffee table tribute to The Boss. Any of my words can’t do justice to the stories, pictures and memories in the book, and the care taken putting it together in a most respectful and majestic package. Only 500 left of the limited edition.
Andy Nulman

Go get the book For You from @KirschComm. It’s as good as it gets for die hard Springsteen fans – great never before seen photos and stories! Finally got a copy after years of wanting one.
Steve Matoren

Got under my tree for Christmas, Lawrence. It’s everything and more than I expected. Highly recommended!
Phil Gelormine

I own a first edition print. This is one of the best Springsteen books hands down.
Roger Froehlich

Got mine too. Love it!
Tony F Persechino

I absolutely love my For You Bruce book. I highly recommend it to add to your collection.
Annette Atkinson

When “For You” came out in 2007, I thought it was a Springsteen book for the ages. Now as I thumb through the 2019 reprint, that thought remains the same.”For You” is a treasure trove of great stories, photos and captures perfectly what being a Springsteen fanatic is all about.
For those who didn’t jump on the Bruce train until after 2007 (some I know became fans after his 2009 Super Bowl appearance), consider “For You” a history book, to feel what it was like to be a Springsteen fan from the early 1970s through 2007. Each page brings a new, fresh story about different shows and events of Springsteenmania. It’s like opening up a time capsule of a Springsteen treasure chest. There’s so much to savor.
And the photos, oh the photos! The book could have been printed with just the photos alone, they are so good.
Make sure you get this gem before it’s all sold out. It’s taken 12 years after the quick sellout of the first edition of “For You” for it to become available again. You may not have a second chance.
Stan Goldstein

Been wanting this book since 2010 when I saw it the first time. The only book that has pics of my first show in 1975. I wish I had known about this because I had a great story to tell about my first show. But, you are right, Stan, this is a history book for sure.
Debbie Stone Elster

“The Light in Darkness” just as good!
Both HIGHLY RECOMMENDED!  Mark Hertel