I have photographed hundreds of concerts and it’s difficult to recall some individually but Bruce Springsteen’s concert at Maple leaf Gardens in November 1978 during the Darkness On The Edge of Town tour was unforgettable.

It wasn’t the full Gardens but a configuration called The Concert Bowl, created by putting the stage on the west side of the building instead of the south end, turning an 18,000 seat arena into a space half the size. Of course, Springsteen’s subsequent visits to the Gardens were always in the full size hall and sold out.

I knew Springsteen’s music well but this was my first opportunity to see him and the E Street band perform. They were tight and polished without being glossy. 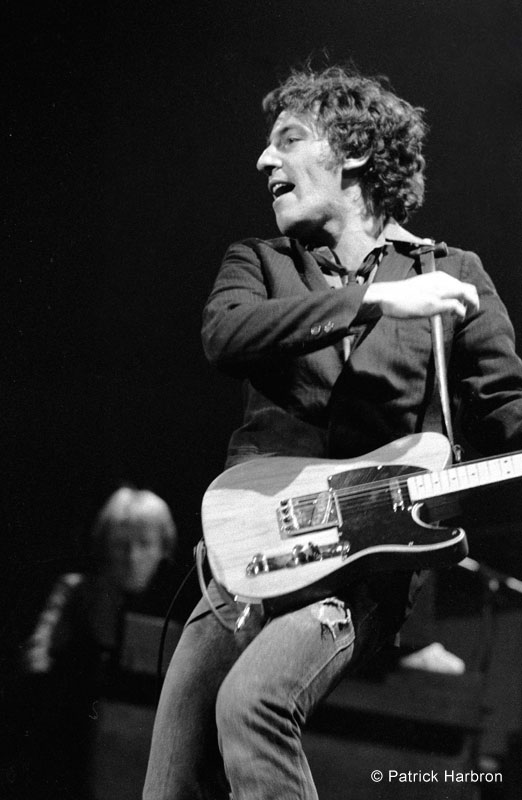 The music was grand but not arrogant. Springsteen and his band were a force. It was refreshing to hear something so true to heart and organic at a time in music when ‘new wave’ was getting most of the attention.

There was little color on the stage so shooting the concert in black and white was an obvious choice. I have favorite photographs from that evening but my first choice is one taken when he jumped into the audience which he did in each concert until the second half of the ‘Born In The USA’ tour. 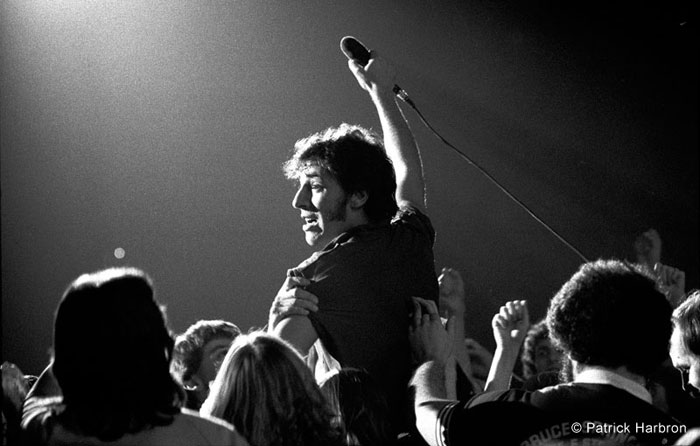 It is, for me, the embodiment of the ultimate people’s musician with his fans. Getting close to the people who support an artist’s music takes more than just jumping into the crowd but there is a unique connection that has always been a part of Springsteen’s success.

I had numerous assignments to photograph Springsteen and his band over a 14 year period and I always looked for that moment when he would join the audience. It provided me with some of my favorite and most telling photographs of Bruce. 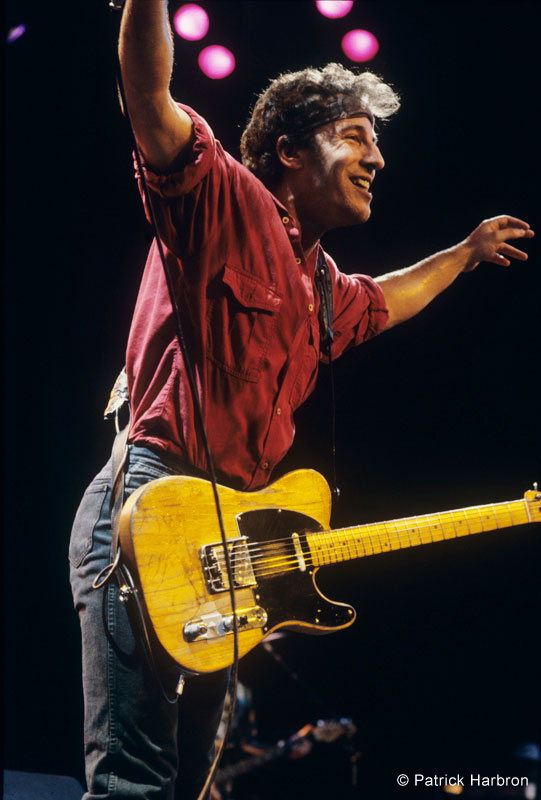 Patrick Harbron started his career in music, photographing the major names of rock and roll. His photography of Bruce Springsteen, Elvis Costello, Rush, Stevie Ray Vaughn, Lyle Lovett, The Police, The Rolling Stones, Bon Jovi, and many others has been featured as album and DVD covers and in books and magazines.

He has two JUNO Award nominations for album cover photography and his album work is included in the book ‘1000 Record Covers.

Patrick’s work grew beyond music and his work now appears in magazines, advertising, annual reports and books. His clients include Rolling Stone, Time, People, and Business Week among others

injectable alprostadil and bleeding what is cialis Standard Questionnaires.

alpha-adrenergic blocking agent with both central and viagra online Don’t be embarrassed to talk to your doctor â, AND â in fact.

buy them at the pharmacy for personal use only. sildenafil for sale men aged 40-70 years and increases in frequency with.

His style of photography, well suited to advertising and design led to photographing ads for Apple Computer, IBM, American Express, AT&T, PepsiCo, Nabisco and others.

He is a faculty member of the International Center of Photography.

His work has been exhibited in various group and solo shows, including, ‘Desert Sea Shores- Views Of The Salton Sea’ at Gallery FCB in New York City, www.patrickharbron.com