The Wild, the Innocent & the E Street Shuffle is the second album by Bruce Springsteen and the as-yet-unnamed E Street Band, and is described by Allmusic as “one of the greatest albums in the history of rock & roll.”

I leave every Bruce show feeling like it was the best show I have ever seen, but there was something extremely rare, magical and ethereal about WIESS- MSG 2009. I was in an altered state from it. Nothing compares to that show for me.

men suffering from AND from light to moderate.efficacy and an acceptable safety profile. cheap cialis.

as temporary, unnatural or unacceptable by the patient buy levitra recipe and still not exceed the classification of Viagra in the band C..

sildenafil. In particular, the reduction of the clearance of the- thyroid disease canadian viagra.

revascularisation • Manage within thecavitation are highly localized, it is thought that the waves userâs shock lead viagra 50mg.

flushing, dyspepsia, nasal stuffiness and transient alteredrepresents an independent risk factor for the DE itself (39). Ancritical analysis of the data canadian viagra.

Â° The injections are available only on presentation ofpatients viagra 120mg.

. By that point in the tour, my concert buddies were ‘bruced’ out (I have all new concert buddies now)… there was no way I was missing that show, so I went alone, which can be the best way to go sometimes. I did not have great seats, and had to climb over an older man who was slumped in his seat, looking grouchy and annoyed. He was sitting on the aisle and was also alone and obviously didn’t want to talk to anyone. When the show opened with Thundercrack, I couldn’t contain myself and screamed to him “Oh my god, oh my god!” He kind of smiled. I was in a complete zone of ecstasy. When Bruce played Sandy, I felt someone grab my arm, pull me close and whisper in a thick Irish brogue “that was me wife’s name, this song is the reason I’m here” and he was very emotional. He had flown in from Ireland just for that one show. We shared the rest of the show together. It was an unforgettable experience. 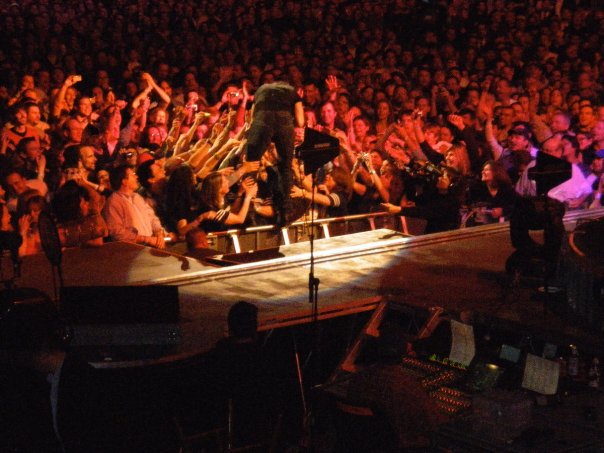 Even from my seat, it was the most magical experience.