Genesis – Four “Ah Ha” Moments That Changed the Rock and Roll World as We Know It.

Genesis – Four “Ah Ha” Bruce Springsteen moments that changed the rock and roll world as we know it. 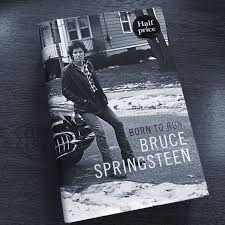 This book is especially important for those that have already consumed a plethora of other biographies that range from Bruce: A – Z to hyper-focused themes such as “Rocking the Wall: The Berlin Concert That Changed The World. Unlike the last ‘real’ book I consumed over a few days about our rock hero, Bruce, by Peter Ames Carlin (2012), for obvious reasons it took a few weeks to get through Born To Run, made up of three books, multiple chapters and verses within each, a deliberate and succinct approach for Bruce to us his story his way.
Within each meticulous chapter there are dozens of heart-wrenching facts, thoughts, explanations & conclusions often jammed packed into a single sentence that leaves the reader riveted, visualizing and hearing the protagonist’s voice as laser clear as when he, his multitude of ghost-like ancestors, his soul soothing red-headed savior and legendary E Street disciples are on stage whaling similar words. Live show after live show giving his “ people’s” standing tall , necks stretched, arms upright like soldiers in thin air, on our tippy toes right below our story teller; touching his holy leathered worn boots from the sacred pit, looking way up honoring and absorbing each note, riff, lyric just like…his book.
There are three ‘books’ within this magnificent book made up of a total 78 chapters and 511 pages including credits. Given the depth of each book , chapter and page, this review will only focus on “Book One” where I believe are some of the most significant foundations laying “a ha Moments” that I’ve been hoping and yes, waiting for; validation, confirmation, truth and resolve. I believe he offered us plenty in the first book, 28 chapters, 200 pages…but I’m sure not all.

A Ha Moment #1 – “My Street” (Page 5) summed up by two simple and foreshadowing words – “Watch Out”, painfully sets the stage for its reader, crafted so meticulously, much aligned with the fanatic effort put towards his break through song “Born to Run”. There were five houses sitting “L-Shaped” in configuration. These landmarked his critical and painful childhood territory …situated “literally in the bosom of the Catholic Church…just a football’s toss away across a field of wild grass”. Now when he says ‘wild’, he meant it. Maybe not as unfriendly as the infamous ‘Hatfields and McCoys’, but the four Irish and one Italian home were his family’s territory.
His paternal grandmother’s home in particular where he lived as a very young boy, ear-marked by the writer as, “the greatest and saddest sanctuary I have ever known”. Seemingly foreshadowing the future, mounted on the wall within this loving, chilling and confusing home owned by his great-grandmother was the painful portrait of his Aunt Virginia, his father’s younger sister who at the age of five was tragically killed by a truck “while riding her tricycle past the corner gas station”. It is within this context that his two words “Watch-Out” descend as he stares at “a sepia-toned formal portrait of a little girl”. These are his aunt’s words, not his. Living amongst this horribly sad portrait provides the reader a better understanding of his bumpy foundation, of his internal and external angst he so brilliantly morphs into lyrics that helped him cope with the hand he was dealt. Ironically, as the book unfolds, he shares his own experiences of not being able to get out of bed for up to two years. The writer’s own challenges with deep depression is obviously well inherited but now makes more sense hearing that his grandmother, post loss of her little girl spent the next two years in bed marshalling her son, Bruce’s father, “neglected with rickets, off to the outskirts of town to live with other relatives while she recovered” while ultimately, Mr. Springsteen Sr. never recovered.

A Ha Moment #2 – “I was approached by a Greek guy named George” (Pages 98, 99, 100).
As the writer’s early fame continues to rise; management changes, new band members and names such as The Castiles, Earth, joyfully playing popular underground NYC gigs always commanding note-worthy sized growing crowds ultimately fans for life. In the book he calls out a variety people that played an important and supportive role in his emerging career during the mid to late 60’s but he mentions one particular person whom the reader would be led to believe was a critical and pivotal mentor in his career. He says…”I was approached by a Greek guy named George” – so casually written, it appears “George” gave him the guts and ‘permission’ to tell himself and his folks that he was going to quit school and focus all of his time and energy on his passion, his craft – writing and performing –to fulfill his vision of being a global rock star – just like his early year idols Elvis and The Beatles.
Unless I missed something (big), why does the writer not provide this one particular and hugely important ‘scouts’ last name ? Does anyone know who this George is? Yes, maybe this is a deliberate gap that ensures we do more digging hoping to find out just who that mystic angel George is. A definite turning point, he leaves George and his first real exposure to the “real music business”…he continues…”I left that night finally feeling a musical future in front of me.”
He goes home and with deep courage, new found insights and a clear vision, he shares this ‘transitional moment” with the reader and with “new resolve” he tells parents how he is going to live the rest of his life. The traditional educational path will cease immediately.
George appears to be one of his angels, a guiding light as he was ‘never able to get George back on the phone again”.

A Ha Moment #3 – “The Accidental Presence “: Bring it on – and I brought it”. (Page 106).
With sparks flying, no one can upstage the author of Born to Run except the Upstage Club itself – a magical building on Cookman Avenue in Asbury Park, where great things happened. At 18, the man with “no name” offered up thirty minutes of “guitar Armageddon”. An innovative bi-level, jamming coffee house, open when everything else is closed thankfully provided this holy blessed group of emerging sea side stars the serendipitous location to find each other. The Upstage ultimately and literally set the stage for thousands of live performances that would later give birth to mainstream marketing tag lines such as, “Is it live, or is it Memorex™”.
Call it what you may, witnessing the immaculate conception of Bruce Springsteen & the E Street Band and lessor yet still iconic rockers in the flesh or later bootlegged onto a dark ribbon-like substrate, enclosed in plastic, topped off with a sticker for naming the holy grail transformed all of us.
Boy, did those original Potter characters Tom and Margaret have it right – they truly were spirits in the night.

A Ha Moment #4 –“I decided to stay in Freehold where I could make a small living”. (Page 108, 109).
The final a ha moment for this reader is so big and complex that you can re-read page 109 fifty times each time hearing a stoic teenager’s deep inner pain wrapped in selflessness and forgiveness.
The outcomes of a dramatic family shift; his parents departing their NJ hometown for the wild west, leaving the emerging holy grail rock-star behind penniless, to this day continues to be embedded in the veins of his songs, speeches and interviews. “By nineteen I was already gone. Into that other world”…and selfishly for all of us, from that moment on “there were just dreams and music”.