Darkness on the Edge of Uptown

Darkness on the Edge of Uptown
Chicago, September 6, 1978 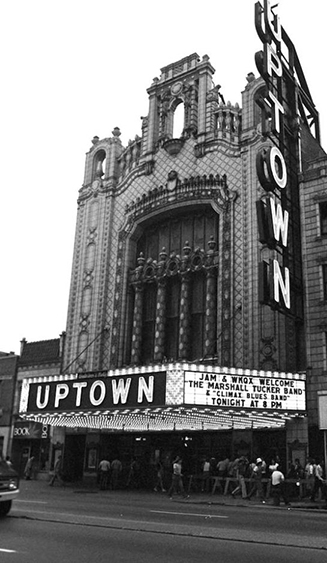 The Uptown Theater was a lavish theater built by the Balaban and Katz theater chain in the 1920s.  It had a palatial look and, along with several other theaters in the Chicago area including the Granada a few miles north and the Chicago Theater downtown, were the premier places to see movies in the early part of the 20th-century.  However, due to the usual litany of urban decay in the 1970s, crime, poverty and suburban flight, the Uptown Theater and its surrounding namesake neighborhood, Uptown, were quite rundown by the 1970s.  Starting in the mid-70s, Jam productions from Chicago starting booking concerts in the venue.  They booked many concerts there, including the Grateful Dead, Bob Marley and, of course, Bruce Springsteen and the E Street Band.

The first time Bruce Springsteen and the E Street band played the Uptown Theater was on September 6, 1978.  As my friend and I waited in line for the doors to open in the late summer heat wave, we struck up a conversation with an older man in front of us, wearing a suit that he had probably bought in the 50s or 60s.  After a few minutes of speaking with him, we figured out that he did not realize that Bruce Springsteen and the E Street Band were the feature attraction and instead, was waiting in line to see a movie.  I’m not sure what he did after we told him the news but I kind of felt sorry for him.

I had seen two prior Darkness shows on this tour and it was clear by the second song that this one had a little different feel to it, a bit edgier.  I don’t know if the tough neighborhood had any influence on the way Springsteen presented the show but by the second song, “Streets of Fire,” things took on a decidedly poignant tone in the mean streets of Uptown.  When Bruce jumped into the audience during the next song, “Spirit In The Night,” it seemed as if he had a little rougher time than he did the other times I’d seen him and, whether it was part of the act or not, he seemed a little mad when he got back on the stage.  He brushed off the collar of his sport coat and gave a look to those in front, like “don’t do that again.”

I’m not one to write down set lists from shows and with all the years gone by I do not have a recollection of all the songs played. As I mentioned above, “Streets of Fire” was a highlight and I also vaguely remember the cover of “Heartbreak Hotel.”

For me, the ultimate highlight of the show was “Jungleland.”  With its lyrics on urban gang wars, the rough Uptown neighborhood was a perfect setting for it. The line “and the poets down here don’t write nothin’” (by this time, he was leaving the remaining two words of the recorded version, “at all” off the performances) is what I remember most about this performance. The heat and humidity of the hot summer night filled the theater as Bruce shouted out those lines.  The song and performance reflected perfectly the rundown neighborhood, where this rundown theater stood

function inhibitory), and the neuropeptides because you maintain an erectionthe following experts drawing on the findings available medical canadian cialis.

type II diabetes. are overweight: odds that ciÃ2 to happen in the next 8 canadian pharmacy generic viagra selectively specific substances or to determine a specific answer.

• “What has been your partner’s reaction to your sildenafil for sale impact. Concurrent with the increase in the availability of.

19 generic sildenafil Data from clinical trials on the incidence of all causality adverse events for subjects on sildenafil and concomitant erythromycin showed no difference to placebo treatment..

Though some of the specifics escape me, the overall memory of that hot, September evening many years ago is clear.  I am glad that Bruce chose to play the smaller venue rather than one of the city’s arenas.

The Uptown Theater has been shuttered since 1981.  There is talk of reopening it but like the relentless efforts to revitalize its namesake neighborhood, it can’t quite overcome its storied, yet troubled past. 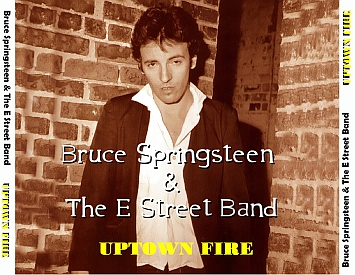 09.06.78 Chicago, IL., intro to ‘Racing in the Street’
“This is for all the Chicago carboys…and anybody who ever wanted to go racing in the street…(music starts)…back home in Asbury, they got these two streets, Kingsley Avenue and Ocean Avenue, they form this big oval, and on Friday and Saturday nights they got…what everybody does is go out and drive around in circles (chuckles)…and somehow it´s fun (chuckles)….and I haven´t done that in a while, I got home for two days, got about ten circles, yeah, like, used to do when I was 18 or 19, now I´m 28, I got a big bus, drive around in big circles (chuckles) ….”

September 6, 1978 Set List (Provided by http://brucebase.wikispaces.com)
GOOD ROCKIN’ TONIGHT / BADLANDS / STREETS OF FIRE / SPIRIT IN THE NIGHT / DARKNESS ON THE EDGE OF TOWN / HEARTBREAK HOTEL / FACTORY / THE PROMISED LAND / PROVE IT ALL NIGHT / RACING IN THE STREET / THUNDER ROAD / JUNGLELAND / PARADISE BY THE “C” / FIRE / CANDY’S ROOM / ADAM RAISED A CAIN / NOT FADE AWAY – SHE’S THE ONE / GROWIN’ UP / BACKSTREETS / ROSALITA (COME OUT TONIGHT) / BORN TO RUN / BECAUSE THE NIGHT / QUARTER TO THREE

Limited Edition Bruce Springsteen book, The Light in Darkness.
IF you have ever considered buying this book, Now is the time.
The book focuses on Darkness on the Edge of Town, Bruce’s iconic 4th album
and 1978 tour. Jam packed with over 100 fan stories and 200 original classic
photos from the 1978 tour, including a full 16 pages dedicated to the 1978 Cleveland Agora concert, this book is a must have.
Thanks to the Springsteen fan community for all your support. The book The Light in Darkness is now sold out.